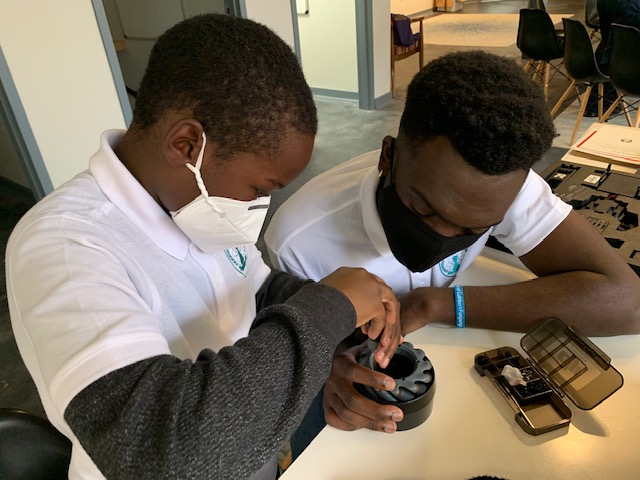 A long-standing commitment to diversity and inclusive excellence bolstered by an ambitious new five-year plan has earned the University of Georgia national recognition for the eighth consecutive year.

The INSIGHT Into Diversity Higher Education Excellence in Diversity Award recognizes colleges and universities that demonstrate an outstanding commitment to diversity and inclusion. UGA has earned this national honor each year since 2014.

“I deeply appreciate this national recognition, once again, of the University of Georgia’s wide-ranging initiatives to promote diversity and inclusion,” said President Jere W. Morehead. “While there is more work to be done, it is exciting to see the gains we are making in this critical area through meaningful investment of resources and the dedicated efforts of the UGA community.”

The university’s Diversity and Inclusive Excellence Plan, which was adopted in May, was developed by a 21-member committee that included faculty, staff, student, alumni and community representation. After conducting more than 40 focus groups, the committee identified 11 goals with key performance indicators that will be used to measure the university’s progress over the next five years. Throughout the current academic year, schools, colleges, and other campus units will develop plans that support the diversity and inclusive excellence goals.

“The three overriding priorities of the plan are building an inclusive living/learning environment; recruiting and retaining a diverse workforce; and expanding partnerships and outreach to strengthen diverse communities,” said Michelle Cook, vice provost for diversity and inclusion and strategic university initiatives and co-chair of the committee. “The university community has charted a bold path forward with actionable and measurable goals.”

Cook noted that several action steps that support the 11 goals already have been implemented. The expansion of the Road Dawgs Program increases the recruitment of students from rural and racially diverse schools across Georgia, for example, while the establishment of the Dawn D. Bennett-Alexander Inclusive Community Award increases recognition for faculty efforts to promote diversity and inclusion. A gift of an additional $1 million from the UGA Foundation will match future gifts to the need-based Georgia Commitment Scholarship Program. Since the program was established in 2017, more than 600 endowed, need-based scholarships have been created.

The new and expanded programs implemented through the Diversity and Inclusive Excellence Plan build upon several successful programs that have been established in recent years, as well some that have been in place for more than a decade.The ALL Georgia Program, which was established in 2018, provides students from rural parts of the state with a network of resources and common experiences. The program also provides financial aid to six outstanding students from rural Georgia. The Georgia African American Male Experience began in 2014 as a two-day program for accepted students and has since expanded to offer academic skill enrichment, student support services, mentoring and leadership development.

UGA has several programs in place to promote diversity in the fields of science, technology, engineering and mathematics (STEM), including the Peach State Louis Stokes Alliance for Minority Participation and the DeLTA project, both of which are funded by the National Science Foundation. Several programs at the school and college level are in place as well, including the Young Scholars Internship Program in the College of Agricultural and Environmental Sciences and an exploratory academy in the College of Veterinary Medicine for students from underrepresented and underserved rural communities. The latter was one of 79 programs nationwide honored by INSIGHT Into Diversity with a 2021 Inspiring Programs in STEM Award. It is also one of several programs funded by the New Approaches to Promote Diversity and Inclusion grants program created by Morehead in 2019.

Programs serving the Athens-Clarke County community include a partnership with the nonprofit Chess & Community that uses robotics to enhance STEM education and a program known as Georgia Possible that helps students develop leadership skills and career interests.

To promote faculty diversity, the Office of Faculty Affairs has developed a training for search committee members that focuses on implicit bias and attracting a diverse pool of applicants.

Through the university’s membership in the Aspire Alliance iChange Network, which is affiliated with the Association of Public and Land-grant Universities, a team of faculty and academic leaders is developing an institutional action plan to promote diversity among STEM faculty. The Center for Teaching and Learning also offers workshops on the use of inclusive teaching practices.

Participation in the university’s voluntary Certificate in Diversity and Inclusion program, which was launched nearly a decade ago, has grown dramatically in recent years. Based on a recommendation of the Presidential Task Force on Race, Ethnicity and Community, a new, privately supported diversity education coordinator position has expanded the capacity of the institution to provide diversity education, consultation and support.

“The University of Georgia community has been making significant progress in fostering a more diverse and inclusive environment,” said S. Jack Hu, the university’s senior vice president for academic affairs and provost. “I extend my deepest appreciation to all of the faculty, staff, students and alumni for their effort and commitment.”